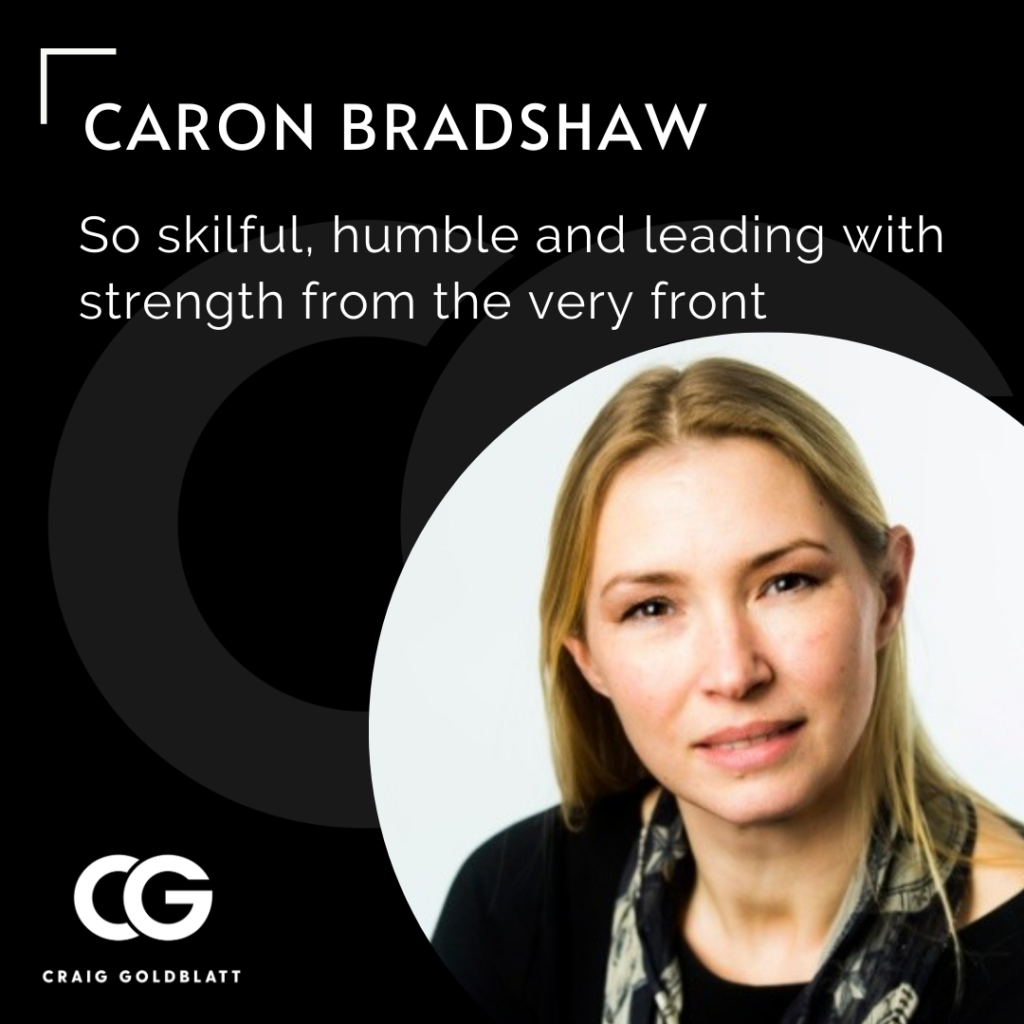 So skilful, humble and leading with strength from the very front

Caron Bradshaw is Chief Executive of Charity Finance Group. She joined CFG in June 2010 from the ICAEW, where she was Head of the Charity and Voluntary Sector. In addition to supporting a number of small charities and community organisations Caron has been a member of the NCVO’s National Assembly and the Charities SORP Committee, has sat on a number of government working parties, is a member of the Church of England Pension Board’s Audit and Risk Committee, and is Chair of the Board of the Directory of Social Change (and her local hockey club). Caron is a trained Barrister and has a wide array of experience across charity, regulation/law, policy, member support, and professional ethics.

Caron is an avidly ‘social’ CEO and was been named in the top 30 social CEOs in 2013, 2014 and 2015. In 2015 she was named Charity Principal of the Year at the Charity Times Awards. In 2016 she received the Association Excellence Award for Leadership. She was named in the top 30 UK social influences in Risk, Compliance and Regtech 2017 and in the Charity Times top 25 Influencers in the charity sector 2019.

A great conversation with Caron where we spent much time talking about the deeper structure of who we are, coupled with practical application. This is a lady who quite openly will discuss her hard times with as much passion and value as her greatest achievements. An example of this is discussing how before she had even started her studies as a barista, she represented her dad at a planning tribunal at just 15 years of age. Then in the next breath, we’re talking about her experience of having a nervous breakdown. These very different experiences have added to her successes equally.

Caron has a belief that we use the world to create platforms, as a means of expression – a way to express who we are and our purpose. Therefore spending quality time to know as much about our purpose is vital in order to get the most out of our time on this planet, to magnify our impact for ourselves and others.

Talking practically about where she feels her strengths are as CEO of a charitable organisation, she has learned that a CEO position, certainly for her has very little to do with decision making. Caron talks about this with much clarity – her leading role is to ask the right questions to people that have far more experience in their field than she does. Effectively coaching them through a process for them to make valuable and impactful decisions.

The way Caron works and her ability to articulate this has made this interview a great tool for us as leaders, emotionally and practically. There is a lot to take away.

PrevPreviousA true empathetic leader of both head and heart
NextGrit, determination and courage personifiedNext
Subscribe to our newsletter