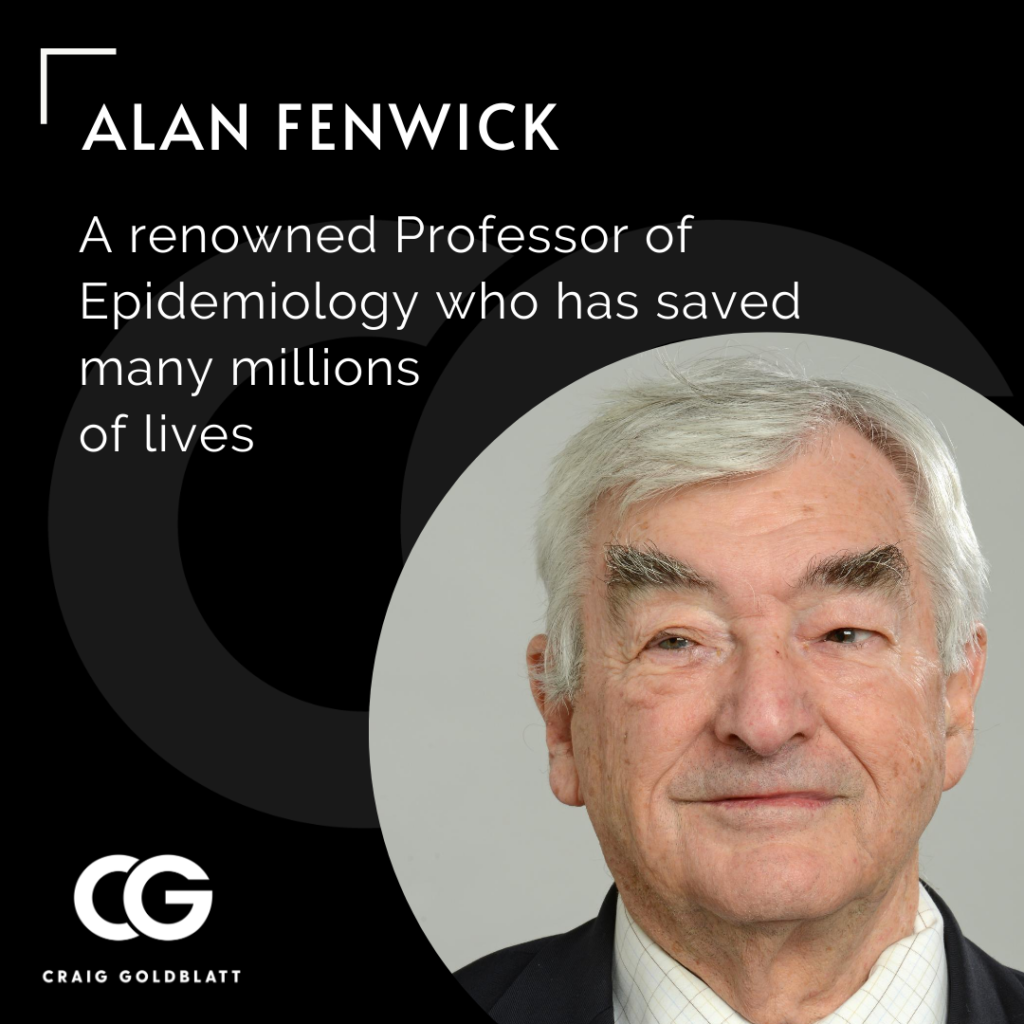 Alan Fenwick OBE is a world-renowned scientist in the field of epidemiology and parasitology. He’s dedicated 35 years to researching schistosomiasis, a disease caused by water-borne parasites mainly in Sudan, Tanzania, and Egypt. Following his return to the UK, he established the Schistosomiasis Control Initiative (SCI) that aids in treating parasitic diseases in millions of affected children and adults. His work has attracted attention from philanthropist Bill Gates, the World Health Organization, and earned him an OBE from the British Government. Now retired, he is a guest speaker at various universities across the UK.

For those who already know me, you’ll know I spend much time in a macro world. Then I talk to Alan, who starts at the most micro place possible, literally inside of ourselves. He studies minute parasites that live within us focusing on how they affect us genetically and from the perspective of disease. It’s beyond fascinating how something so small can take over something so big in comparison to itself (our bodies) as a host, creating a culture, adjusting the environment inside of us, for the purpose of its own existence, often to the detriment of the host.

This got me thinking as to how remarkably similar we are as humans – taking over something so big, in comparison to ourselves, creating a culture, adjusting the environment for the purpose of our own existence, often to the detriment of our host, the planet.

A huge learning for me from my time with Alan is to understand the bigger picture. We first have to understand at the most micro level. Alan talks with an immense amount of knowledge and clarity about a particular parasite, he gets right inside the problem. To begin with, he knows much more about this than he does the solution and it seems he doesn’t begin to find a solution until he knows intrinsically what he’s up against. What it doesn’t like, what it needs to survive, how it travels, it seems there is nothing he doesn’t know about something so small.

Our feasibility studies, research of what the problem is, Alan says is vital to the solution. We need to become detectives and leave no stone unturned. This must come first before we implement the thing we are all so passionate about, which is change to often such an unjust cause!

This interview can teach us so much about the benefit of patience when at the same time we are faced with the dichotomy of being up against the clock. Being wiser and eventually one step ahead of the problem. It’s invaluable advice!